Certainly has been a while hasn't it old sport?

Apologies if you've sat there for the past few months hitting F5 on my blog. Life got in the way.

Anyway what's more important is that you're here now and we're gonna have a jolly good time talking about The Great Gatsby, a movie I recently took the time to watch. If you haven't seen it yet, I highly suggest that you do before continuing since there will be spoilers for days. 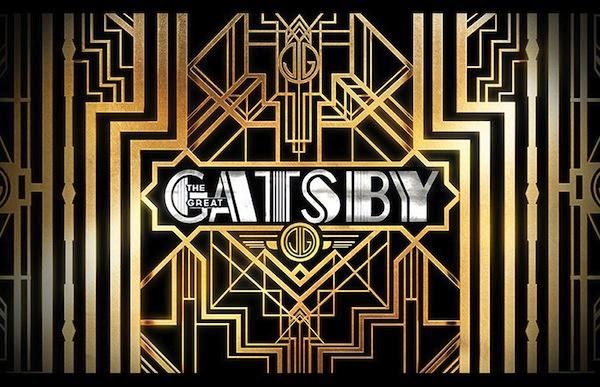 I'm not going to lie to you though. I did absolutely no research on The Great Gatsby prior to watching it. Had no idea who the actors were, no idea about its genre - in fact, I was expecting it to be about a prison escape because it sounded like The Great Escape. I know right, what a n00b.

But now that BOTH of us have seen The Great Gatsby, there's a lot to be said about it. What really interests me about this film are the ideologies it presents, and there are a few. I'll just talk about one for now, otherwise I'd be here for hours.

The thing that strikes me the hardest about this movie is the sheer irony of your quintessential fairytale. How is it that a guy who devotes all his time and energy to be with a girl finds himself with a bullet through the heart? How is it that a guy who jumps through all the hurdles to see the girl of his dreams eventually gets cast aside? What gives?

I'm not going to say that Jay Gatsby is a knight in shining armour or a saint, and that all the ladies must flock to him right away, because that is simply not the case.

While his motivations may have been as superficial as others around him, there's no denying that Gatsby was more dedicated and loving towards Daisy than even her own husband. However, I wonder if his obsession and unfathomable desire for one woman did more harm than good. Conversely, perhaps Gatsby did not act sooner on his feelings and jumped in too late.

What does this say about the real world? Do these ideas still apply?

I firmly believe that most of us guys have obsessed over one girl at some point in our lives with zero success. As a health professional, let me tell you that it's a very serious medical condition known as "oneitis" - I suggest you check it out on WebMD. It is in that sense where The Great Gatsby speaks volumes. As for acting sooner, well, we can all identify with that one!

People always say "be yourself" when it comes to attracting others. Would you say that Gatsby was "being himself"? What exactly is "himself"?

Not everyone is born equal. Some are born poor, some are born ugly and others born into broken families. Gatsby is a man who dreams big, primarily driven by his family's financial struggles. Would it be more "himself" to accept his poor upbringing and do nothing about it? Would it be more "himself" to yearn for a life of luxury and bring about change? Why did Daisy eventually pass him over if he was just being himself?


What if he is simply incompatible with Daisy because he is not born with a name of wealth and security?

Additionally, were Gatsby's achievements truly what he wanted to achieve, or were they merely a stepping stone to Daisy's heart? Perhaps Gatsby deluded himself so much that he believed that everything he earned entitled him to be with Daisy.

There are several dilemmas at hand here. I believe the combination of not being born into a wealthy family, bad timing and a number of false pretenses led to Jay Gatsby's demise.

What do you think?