I was on Twitter the other day, and I still don't get it.
Facebook makes sense. Even Timeline makes sense. But Twitter? No.
I joined Twitter in July 2009 when it was about 3 years old, the same age Justin Bieber started dating Selena Gomez.
My first impressions of Twitter were actually pretty good. I liked its simplicity. I liked how you could follow people without having to send friend requests like a loser.
Back then Facebook was the harbinger of spam requests, so Twitter was a refreshing alternative...if you could understand what the hell was going on.
Let's take a look.
1. Logging in.
First of all there was the time it took just to get to the login page. Even these days it takes ages. I can run around our block before I'm logged in. This is unacceptable.
2. Trying hard to be hip.
After I was logged in, I didn't understand the whole "@" and "#" nonsense.
People were saying stuff like:
Where did @myfriends go? #ForeverAlone
Go ahead. Say it out loud. It sounds like "where did at my friends go? Forever Alone" which is grammatically incorrect and doesn't make sense.
I was so eager to learn more about Twitter that I even went on Wikipedia.
Apparently "@" is used to direct a message (known as a "tweet") at someone and "#" is used to categorise the tweet into a topic.
3. Conversation.
So what happens when someone tweets at you? How do you comment on it?
It turns out that you don't. You have to tweet them back with a separate message using silly "@" and "#", making it hard to track a conversation. You couldn't see what was already said easily.
On Facebook, comments are listed directly under each other, similar to chat programs like MSN Messenger or Skype. It's clean and easy to follow. Most of all, it makes sense.
Twitter is like discovering SMS all over again.
It totally turned me off, just like when you discover that a pretty girl smokes.
With newer versions of Twitter, it's easier to follow a conversation, but I wonder why they didn't add that feature the first place. This is madness.
4. Followers.
Facebook introduced "friends" which makes some sense. But followers?
It's not like you're Jesus of Nazareth or Neo from The Matrix. Twitter might as well call them "disciples" while they're at it. 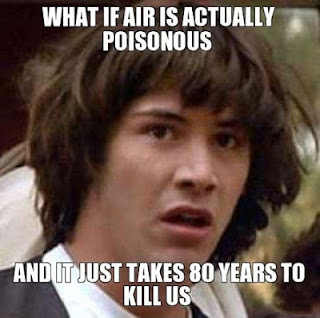 5. Retweets.
Retweeting is basically copy and pasting what someone else said and showing it to your followers. Where's your Vancouver referencing?
6. Photos.
Facebook has its own photo viewer built into the website. Twitter doesn't.
Twitter has to use separate websites for people to post pictures on, which lowers the pressure on servers. Even so, pictures still take ages to load and sometimes they don't even load at all.
7. Mobile Twitter.
If you've ever used Twitter on your phone, it's like Inception. It's impossible to navigate.
You don't know how you got to that page. You can't even update tweets. It's as if you're stuck in time itself.

You need to wake up.
You need the kick.

Tell me about your experiences with Twitter! Would you recommend it to your friends?

I don't, but you'll never look at Megan Fox the same way again...
The first time I heard the word cliché was when I was 12, about the same age as Justin Bieber today.
I didn't know what cliche meant, and I definitely didn't know how to spell it.
Cleeshay? English has to be simple, not French.
Might as well name it cleejriaj69jifjijsa and it'd be the same thing.
I came across the word more often in high school, especially from my English teacher at the time, who now sings and plays the guitar for a living.
Like Jimi Hendrix. To teach English.
If you're reading this Mr Dimitroff, take it with a grain of salt. Or was that too cliche?
That's the problem.
It's not the phrase that everyone says which is the problem. The problem is that everyone is saying it.
Crystal clear?
Welcome to the club. Time after time, we will use cliches. You do the math. Without cliches, our world wouldn't be the same.
With cliches, our world would be the same.

And that's just the tip of the iceberg.
All those literary freaks can go buzz off. That includes them Grammar nazis who wont stop fixing you're speeling mistakes.
It's like skating on thin ice when your around grammar Nazis.

Time and time again, they will get there knickers in a knot / trousers in a twist until the cows come home.
Unless you've got an ace up your sleeve, just go with the flow. Rome wasn't built in a day, so hold your horses.
It's hard to swallow (that's what she said) the fact that some people keep they're eyes peeled for these kinds of things.
But theirs no point crying over spilt milk. What's done is done.
The necks time I knuckle down to write, let's talk about the word hypocrite.

How To Pull A Successful All-Nighter 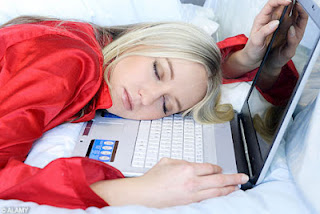 Most of us have pulled an all-nighter at some point in our lives. For those who haven't, you haven't lived.

Usually a thesis or test in another 8 hours are to blame. Those nights when you realise the impending doom that will occur when the sun rises.

But now you can put your days of despair behind you! Here's how:

1. Slap yourself.
Really hard. On the face. 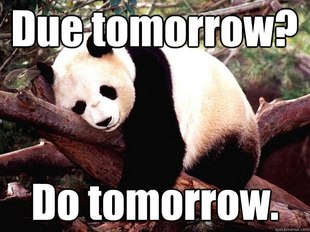 Maybe it'll wake you up. Or maybe, it'll remind you to start earlier.

2. Have a drink.
You deserve it. All those hours spent watching cats on YouTube have really taken a toll on your body. It's time to refuel for the big night ahead. 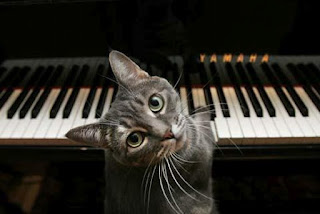 Go get some coffee or tea, but don't overdo it.

Avoid Red Bulls. They're for losers.

3. Eat something.
Eat foods with complex carbohydrates because they'll give you energy over a longer period of time like a sandwich or oats.

And I would strongly advise not to do anything ridiculous like cook a three-course meal.

4. Listen to music.
Avoid music with lyrics. Stick to instrumentals with a strong but fast bass. Blast it on your headphones. You don't want to be waking everyone up.

You need a good amount of light otherwise you'll be reminded of where you should be: in bed.

6. Don't text your friend.
If it's your friend that's bombarding you with text messages, chances are they're equally as screwed as you are.

Engage in conversation if it's relevant to work, but don't go off to discuss the mysteries of the universe either. 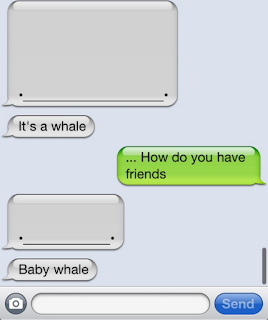 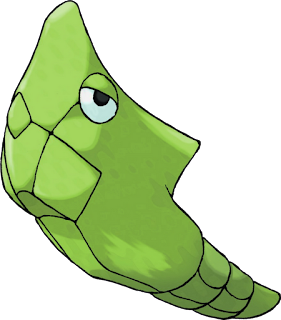 You will pull this all-nighter.

Give yourself a pep talk. Tell yourself that the fate of the human race rests on your shoulders.

Your number has been called. Your time is now.

No pressure of course! 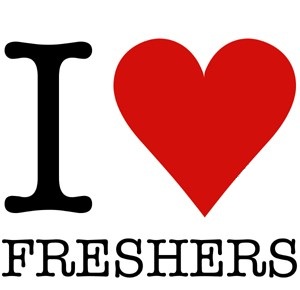 Friends are a big part of uni life, and these are


The Eight Friends You'll Make At University
1. The Nerd.
This friend doesn't fluff around. Always studying, uni IS their life.

Nothing is more important. Not even fixing that bowl cut.


2. The Model Wannabe.
This friend is hard to miss. It's not that you can't find them, but somehow they're always in your face.

On Facebook, they're the ones posting pictures of themselves posing half naked or covered in makeup.


3. The Nice One.
You've always thought that you were nice. You had no idea. This friend makes you look like a badass. Help is never too far away.

Quiet and reserved, they are the most underrated friends you'll ever have.

4. The Gym Junkie.
This friend claims not to take steroids, but you've got different opinions.

The other week when you were at their house, you found a pile of needles on the table labelled:

STEROIDS
Then you remembered it was April 1st.


5. The Lovey-Dovey One.
This friend is in a relationship. Of course, you don't need to be told that. You are reminded every second you're with them.

Where's that bucket? You're about to throw up.

6. The "Super Social" One.
You don't even know if this "friend" considers you as a friend or just another number on Facebook.

While this friend likes to organise social events and invite everyone, ironically, they'll only hang out with their own circle of friends.


7. The Geek.
Geeks are not nerds, so don't get confused. This friend loves computer games, the latest gadgets and pretty much anything that runs on electricity.


8. The Troll.
This friend may as well not be a friend at all. You can't tell if they're laughing at your joke or at you. They have an extremely sketchy smile.

Sometimes it's hard to have a conversation with this friend, but deep down you know that even the biggest trolls are just misunderstood douches. 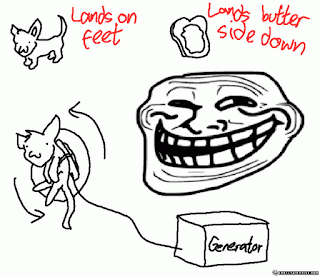 Did I miss one of your friends? Tell me in the comments below! 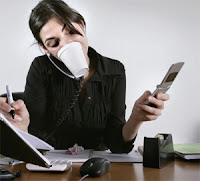 They're a complex species. Difficult to understand.

They possess skills and talents that their male counterparts do not. I have heard extraordinary stories of girls teleporting between shops at the mall, multitasking and even not farting. How crazy is that?!

Despite the incredible rumours, from my very extensive two minute study on the natural habitat and behaviour of the human female, I've come to discover one thing.
Girls are like movies.
The types of movies you like has a strong correlation to the types of girls you like. See for yourself!
The movies you like are:
1. Blockbusters.
You like a girl who is very social. She tends to hang out with her girlfriends a little too much. You suspect that she is a lesbian. She is perfect. 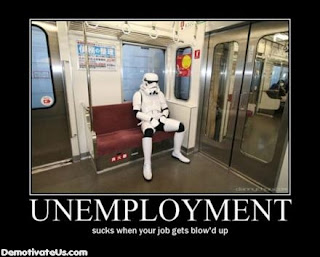 4. Fantasy fictions.
You like a girl who daydreams about strange things. She is a bookworm by choice and has read New Moon more than twenty times. She is perfect. 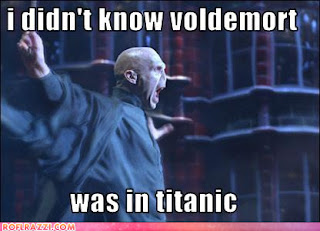 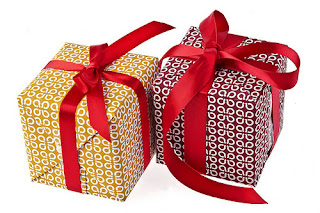 So Christmas is finally over, I hope everyone had an awesome time and a great start to the new year :)

I was at the shops a few days before Christmas.

It was a nightmare, as shopping usually is. I guess you could say I'm not exactly "gifted" at shopping. Ho ho ho.

So my friend and I are at the shops and he says to me: "You gonna buy her a present?"

"You should get something that matches her personality" he says.

I think about it for a moment.

The present you get someone is actually really important, whether it's for a family member, friend or interest.

Like what if I bought her "luxurious soap" or whatever it is they've got in the beauty department at David Jones?

I reckon most guys will buy that kind of thing for pretty girls. They want to make her feel and look beautiful. And isn't that how they've set themselves up for disaster?

I know exactly what's gonna happen to a guy who has made this mistake.

He'll be holding his exquisite present for this girl he really likes. He'll have rehearsed a couple of lines before going over to her. And she'll be dressed up, looking all pretty or whatever.

He'll take a deep breath and confidently approach her.

You know, do the masculine thing. 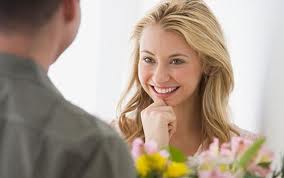 "Merry Christmas!" he'll say "I got a little something for you. You're gonna love it."

And she'll be all like "Oh wow, that's so sweet of you! You're so amazing! And adorable! And cute! You're the best!"

No doubt he'll be expecting a kiss at this point. But he won't get it.

Our man over here however, will be unsurprisingly shattered. Broken to bits. His hopes dashed. His dreams wrecked.

One day he'll say to his friend: "You should get something that matches her personality.

Get her a kitten. 'Cause she only goes out with pussies." 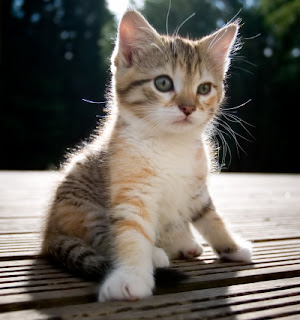